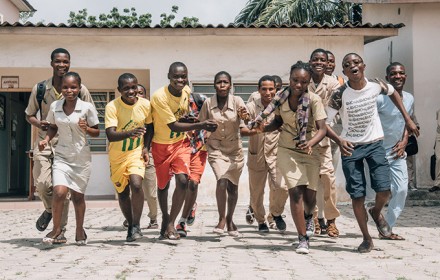 This blog post written as a course work for the MOOC offered by Oxford University in the area of international development and answers certain specific questions in the case of Benin.

Benin is politically stable and democratic country holding regular presidential, legislation and local elections. However, it took the state a while to reach its current stability. The ideal transition from an anarchy to a centralised state has several steps and transition from centralisation to an inclusive state has to be determined by democratisation. So how did Benin become current Benin?

Before French occupation the territory was comprised several independent kingdoms with different languages and cultures. In fact, those kingdoms’ powers were militaristic and were based on highly trained standing army. After several decades of colonisation, and being effected by huge cultural, social, political economic influence of French, the state got its independence 1960. Until 1989, Socialistic regime (state planning economy) was the government ideology, however economic struggles made the country to start its way to democratisation.

Benin can be showed as a model to its neighbouring countries in its gradual transition to democracy. While in certain African countries elections are not held regularly or if held they are usually followed up by disorder or violence; while certain leaders attempting elections several times eliminating their constitutions, Benin have had peaceful and transparent elections.

The role of the Beninese is great in this transition too as when two of the presidents (Kerekou and Yayi) were maneuvering for a third attempt in 2006 and 2016 elections respectively, the strikes and weekly marches resulted to failure of intentions of amendment in the constitution, for instance, in the case of Yayi.

2.  Are power and identity aligned or misaligned in the country? Describe the country’s context to justify your answer. Explain how this alignment/misalignment impacts the country’s development.

Despite attempts at greater national unity and integration since 1960, difference among Benin’s ethnic groups survive to a marked degree. The major groups are the Fon, the Yoruba, the Adja people, which in turn includes other 3 minor groups, the Bariba, the Somba ant etc. The country religiously diverse too with its Christian communities mostly living in the South, Muslim communities living in the North and communities with traditional beliefs such as Voduu spread across the country.

French being an official language and also language of instruction unites all these communities. However, each ethnic group has its own language, which is also in use. In addition to this, majority of adults living in various ethnic groups also speak the dominant language of their region.

The country consists of 12 provinces for administrative purposes, and these in turn consist of districts. There are elected provincial, district, commune, town, and village councils. However, this was only established in 2002 (first municipal elections were held) since the end of one-party rule in 1990. Benin must place greater emphasis on local government capacity, including more collaboration among the local governments and civic society to formulate, implement, and enforce policy decisions, and to help education and health providers involve communities and their residents in decision-making.

Porto-Novo is the capital of Benin officially, however, Cotonou is the largest city, has the main port of the country, and it is de facto administrative capital. Therefore, we will be mainly focusing on Cotonou instead of the capital city. Both cities are situated in the Southern part of the country, and the southern provinces make up one-fourth of the total area, however, they are home to 70% of the whole population. Many of these people are clustered near the port of Cotonou, which is the focus of the commercial and political life, and Porto-Novo the official capital.

While its small area of 79km2 remains unchanged, the population of Cotonou has increased form 80 000 inhabitants in 1960, to over a million inhabitants, nowadays. Therefore, there is a large gap between the transport infrastructure and the transport demand, and in the other hand, the exceptional case of mobility in this metropolitan area, where the motorcycles largely dominate the other mode of transport in the city, including public buses which implementation has failed.

Cotonou, especially the port area is highly congested resulting delays in logistics services and affecting import and exports activities of manufactures. Therefore, further improvement should be done in reducing delays at the Port of Cotonou and de-congesting it to improve its performance and competitiveness in West Africa.

While preparing the blog post I have referred to “From Poverty to Prosperity” Course materials, World Bank data, African Development Bank data for Benin, Britannica Encyclopedia, and certain research papers.